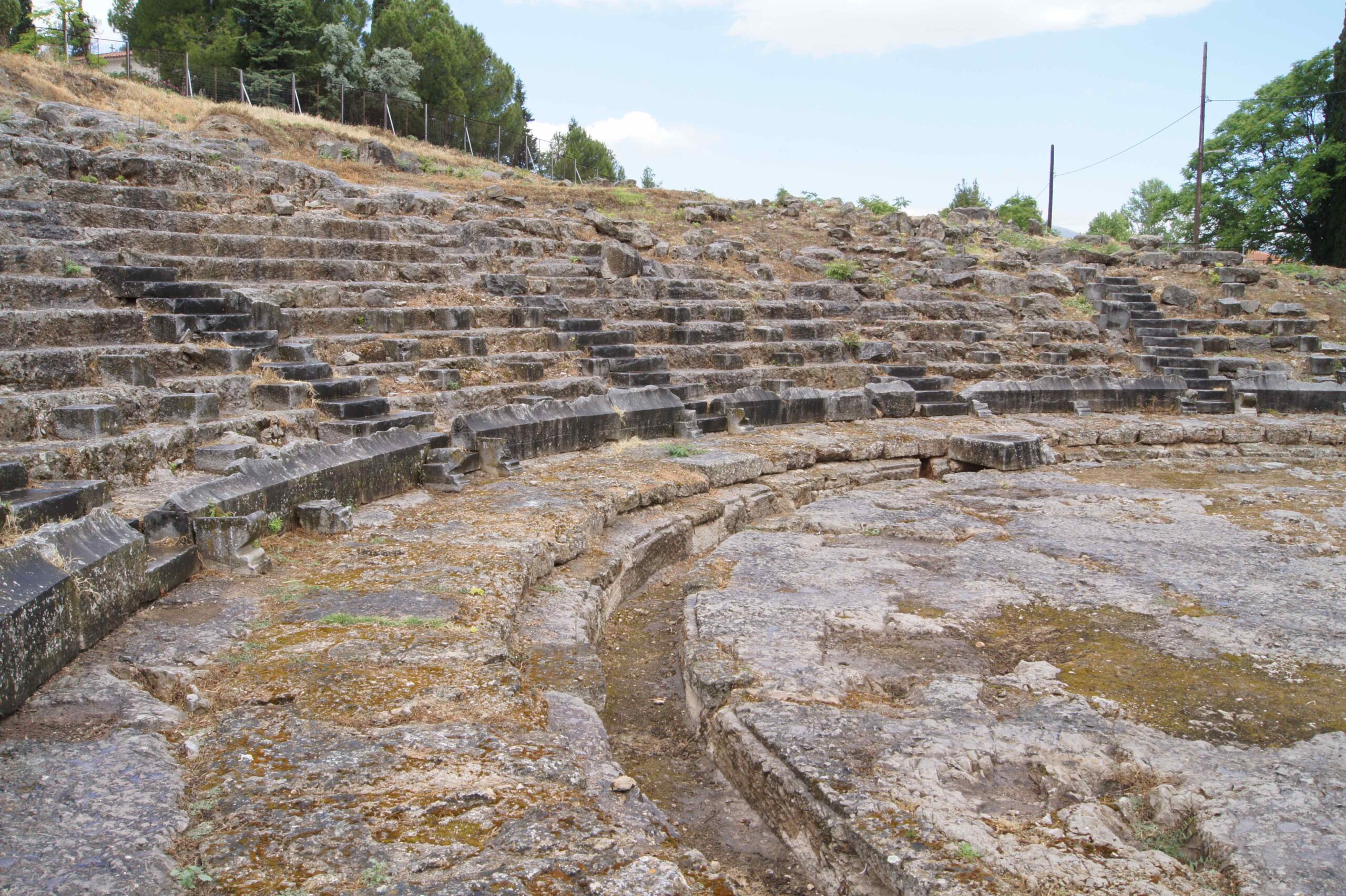 The Boeotian festivals constituted one of the most crucial points of convergence for professionals of the performative arts. According to the arrangement of the local festivals between the spring and fall, the virtuosi could organize their attendance as an agonistic circuit throughout the region. The majority of them came from Continental Greece and Boeotia itself, and an analysis of the agonistic catalogues shows that they frequently multitasked and traveled together with their relatives. The associations of the technitai of Dionysus had deep roots in the organization and participation to the Boeotian festivals. On this ground, and in the political context of the ever-growing power of Rome, the Athenian and Nemean guilds converged between the end of the 2nd and the beginning of the 1st centuries BC with consequences on the structure particularly of the Mouseia of Thespiae and the Rhomaia of Thebes.

Profiting from the Roman influence in the region, the city of Akraiphia flourished especially after the destruction of Thebes, when the sanctuary of Apollo Ptoos passed into the control of Akraiphia, together with the organization of the pentheteric festival of the Ptoia. Likewise, the Soteria, in honor of the city protector Zeus, were installed in the last decades of the 2nd century BC, with a rich program of musical-poetic and athletic contests. Professionals competing at the Akraiphian musical and athletic contests mostly arrived from nearby Thebes.

The territory of Lebadea hosted the cult of Zeus Basileus, protector of the city, the Boeotian Koinon, and the hero Throphonius, to whom an oracle was related. The Throphoneia and the Basileia festivals crossed and possibly overlapped across their histories, facing periods of vitality and even decadence according to the external political influences ruling the fortunes of the city.

Orchomenos, one of the most prosperous cities of Boeotia, had a long history in terms of music and poetry. The choregic dedications to Dionysus may refer to the Agrionia, falling into oblivion when the musical certamina of the Delphic Soteria and the Mouseia of Thespiae grew in importance. The Charitesia and Homoloia’s history continued until the 1st century BC as two festivals occurring in succession. In particular, the dithyrambic contests of the men and children’s choruses were the distinctive feature of the Homoloia. The majority of the contestants arrived from the artistic stables of Athens and Thebes, arranging the Orchomenos’ circuit or a Boeotian route, mainly along Orchomenos, Oropos, and Thespiae.

The Amphiaraia of Oropos was a festival related to the oracular sanctuary and inaugurated in the 329 BC. By virtue of the initiative of Athens, which was exerting its influence on the Oropian city and sanctuary, it included athletic and equestrian ἀγῶνες, as well as musical competitions, including aulos and kithara contests. There was also a competition of σοφισταί, the earliest oratory contest attested in Boeotia only in the 1st century BC. It is conceivable that after the Athenian reorganization of the ἐορτή, the musical ἀγῶνες were held annually as a minor celebration while athletics featured in the pentheteric festival of the Megala Amphiaraia. The celebration continued until Sulla’s reorganization of the Amphiaraia kai Rhomaia, including both γυμνικοὶ καὶ μουσικοί ἀγῶνες, with ἐπινίκια contests, drama, encomia, epic poetry, heralds, and trumpeters, in addition to specialists on the kithara and aulos. While the musical contests are documented until the 1st century BC, the oracle and the sanctuary continued their activity until the 3rd century AD.

Tanagra hosted the pentheteric festival of the Sarapieia, whose catalogues date to the 1st century BC. The Roman restoration of the ἀγῶνες, according to the established pattern for the Boeotian contests, included heralds, trumpeters, epic poetry, and dramatic and musical competitions. At the end of the event, the Roman victory was celebrated by the ἐπινίκια.

The ἀγῶνες of Thebae in the 3rd century BC gravitated around the sanctuary of Dionysus Cadmeus. The guild of the technitai of the Isthmus and Nemea was in charge of the organization and arrangement of the festival of the Agrionia, which gained in prominence in the 2nd century BC along with the increasing reputation of the artistic company. At the moment of the Roman domination over Greece, Thebes, being the common location together with Argos of the archives and assemblies, acquired a central role for the artistic companies of the Isthmus and Athens. In this moment, in order to show gratitude and renewed trust toward the Romans, who lifted the punishments against Thebes, the Rhomaia were installed. However, they fell into decline together with the Nemean guild (from which the Theban branch had declared itself independent) when Rome began to favor the Athenian association in opposing the guilds in the 2nd century BC.

The Mouseia of Thespiae were held continuously from the 4th century BC to the 2nd century AD, taking pride of place among the ἀγῶνες immediately following the Delphian festivals. They benefitted from the support of the Pergamum dynasty and the technitai of the Isthmus and Nemea, who were involved in their organization. The Nemean guild had a crucial role in allowing the festival to grow from its regionalism: the technitai arranged the propaganda outside the Boeotian territory and were deeply involved in the agonistic and cultural sections of the festival. Other guilds, such as the Ionian, participated in the agonistic section of the festival, which in 230 BC was reorganized. Dramatic contests were kept annual while the thymelic competitions (auletic, aulodic, kitharodic contests, an epic poetry panel) became pentheteric, isopythic, and stephanitai, as the Delphian ἀγῶνες. The 2nd-century events did not cause a contraction of the Mouseia, as the guild and the city preserved the prestige of the festival, which became pentheteric for all competitions—thymelic and dramatic together. Even a contest of prosodia was included in the Mouseia program between the mid-2nd and the beginning of the 1st century BC. The key for the continuity and longevity of the Thespian festival resides in the good relations that the city always maintained with the Romans. In view of Sulla’s politics, the Erotideia and Rhomaia were flanked by the Mouseia, and the contest of ἐπινίκια concluding the agonistic program was a celebration of the new masters.