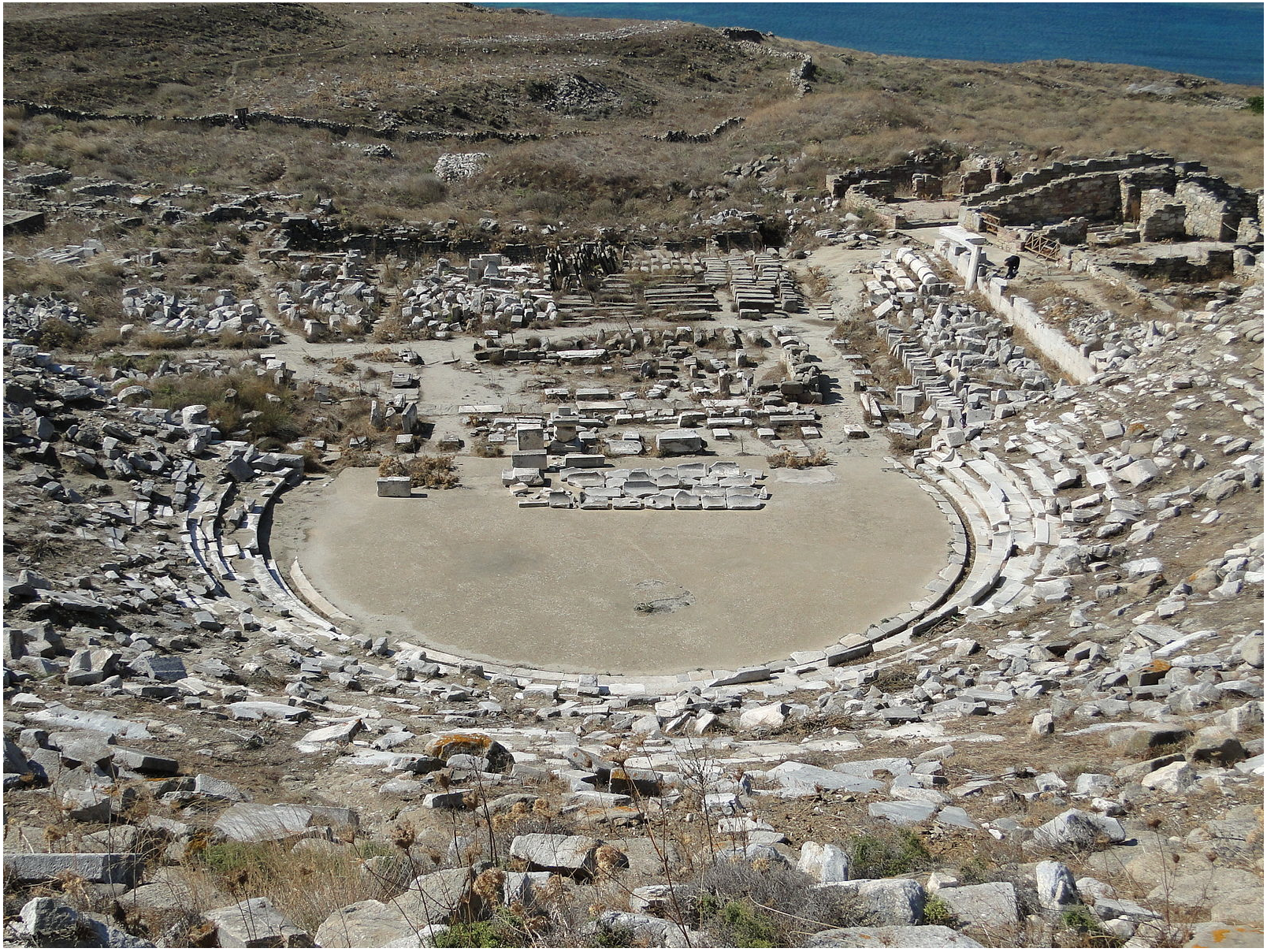 Delos – demonstrations/competitions for the god

For the long period between 284 and 168 BC, the Tabulae Archontum attests to kermesses that seem distinct from the main festivals organized on Delos. At the bottom of lists of expenses and catalogues of the Apollonia and Dionysia, these events are introduced by the formula οἵδε ἐπεδείξαντο τῶι θεῶι at least until the 236 BC and, after this date, by οἵδε ἠγωνίσαντο τῶι θεῶι. This shift from ἐπιδείξεις to ἀγῶνες seems to point to an evolution in these events from demonstrations of performative skills to proper contests. The Delian kermesses were a favorite stage for such renowned artists as the Theban Kaphisias, an aulos star at the Susa wedding for Alexander the Great and his court, or the Boeotian Xenophantos, who played at the funeral of Demetrios Poliorketes.

It is possible that artistic guilds were involved in the events, which were open to foreign performers from all over Greece. The Delian kermesses did not have a defined performative program throughout its recorded history. Although a particular predilection was accorded for dramatic specialties, as well as for the virtuosi of the kithara, some unusual professions less common in other contests are recorded in the catalogues, for example the θαυματοποιός and νευροσπάστης, specialists of prestidigitation, illusionism, and acrobatics and professionals of the puppet theatre.